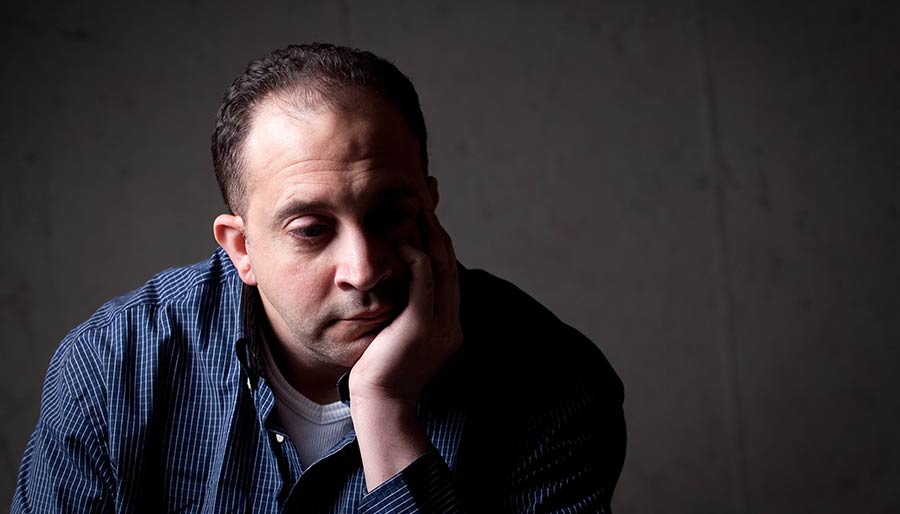 So many times I have had clients come to see me talking about being diagnosed with IBS (Irritable Bowel Syndrome). To me the term IBS seems quite generic for any unexplained gastric disorder that offers no obvious solution.

It appears that people seem to accept when a doctor has told them they have IBS, just living with IBS is a fait accompli - you have it and you just have to live with it.

To the credit of the medical profession many people have had tests to show they do not have celiac disease; an autoimmune condition where gluten cannot be tolerated.  Some have had skin prick tests for other allergies that are inconclusive, which to the medical profession means the symptoms are not food related.  Others sufferers have persisted to get more tests and have had colonoscopies to prove it is not an inflammatory bowel disease like Crohn’s Disease or ulcerative colitis.

Having counted out food and autoimmune conditions the other option is that you are just an anxious person and all your digestive issues are caused by nerves.  If it gets worse with stress you may get offered an antidepressant or anti-anxiety medication.  One could argue with unpredictable bowel habits you are likely to be feeling stressed and nervous when going out and about.

Bottom line (excuse the pun) is you will be diagnosed with IBS and may receive indigestion drugs, advice like eat more fibre or have some Metamucil.    Does it sound familiar? I sure see a lot of people giving me the same story time and time again.

So do you have to live with it? Perhaps not.  Let’s look at the IBS symptoms.

Irritable bowel syndrome (IBS) ) may be referred to as spastic colon, mucous colitis, spastic colitis, nervous stomach, or irritable colon.  IBS is a functional bowel disorder, which is defined as a condition in which the bowel appears normal but does not function normally. IBS is fairly common and makes up 20 - 50% of visits to gastroenterologists. Symptoms are defined by something known as the Roman criteria which are as follows:

I think people also get the label of IBS if they just have recurrent diarrhoea or constipation for no obvious reason.  There is also a link between anxiety and worsening digestive symptoms, since 50% of patients complain of symptoms getting worse when they are stressed.

So what do I think when I see coming in with these types of symptoms?

There are many reasons why our digestion can be out of balance, which we will have a look at in detail below.  The wonderful things with naturopathy is that we can work imbalances in the body and they don’t even need an official name.  There are also many things we can do to fix our digestive system, so no we don’t have to put up with it.

I would say that in most cases people I see with digestive disorders certain foods are a problem.  Dairy and gluten are top of the list as trouble causers, but there can be other things as well such as citrus fruit, additives, the nightshade family, eggs, salicylates etc.  The reason they are not picked up is because the tests previously carried out have their limitations. For instance you can be intolerant to gluten without being a celiac.  The test for celiac is for a specific immune marker, but when you have an intolerance it means you cannot produce the digestive enzymes needed to break down that food.    Also blood and skin prick tests only pick up IgE allergies, which are immediate allergies.  They do not pick up Ig G (delayed allergies) that are more common in the people I see.

This is a term that people are getting to hear more these days as it is getting to be a common issue.  Leaky gut is where the digestive system has been damaged and the normally tightly packed cells and protective mucosal layer is not working effectively.  The digestive system is a barrier against the outside world and when working correctly it absorbs correctly broken down foods, water and nutrients.  It also keeps out parasites, bugs and larger particles of food that have not been broken down yet. Damage can be caused by many things such as

The result is some inflammation in the digestive system and a lack of strong barriers so things that should not get into our blood stream do.  When proteins get through the digestive barriers the immune system gets alerted and mount a response against them.  This increases inflammation and makes our body less tolerant to more and more foods. Also if you can’t absorb foods properly this can affect transition times affecting our bowel habits.

This can be as a result of leaky gut or things like antibiotics and stress.  We need the correct ratios of good and bad bacteria, so when things get out of balance we start to have problems digesting food as the good bacteria are important part of this.  Opportunist bad bacteria and candida (yeasts) cause gas and bloating and many people often find symptoms are worse after eating sugary foods.  You might also find yourself feeling a bit grumpier.  Other things to look out for would be recurrent thrush and urinary tract infections.

Again as this affects how food and water is absorbed it can affect transit times and poor food digestion, gas and pain.

SIBO (Small Intestine Bacterial Over growth) is also another condition that can occur when excess bacteria from the colon accumulates in the small intestines.  The bacteria consume sugar and ferment causing fatigue, extreme bloating, constipation or sometimes diarrhoea.

Our liver is very important for our digestion and when it I not functioning well neither does our digestion.  Certainly in the case of those with constipation one factor to consider would be the production of bile.  The liver produces this substance to help our digestion in number of ways.  One is to emulsify fats, so low bile production means poor breakdown and bad digestion of fatty foods.  Many people often feel nauseous after fatty foods and some may also have fatty stools.  Bile is a natural laxative, so lack of bile could lead to constipation.

There is definitely a connection between the nervous system in the digestive tract and the nervous system of the spine and brain.  They are created out of the same tissue when we develop as a foetus and then become the two separate nervous systems communicating through the brain stem.  We all know the brain can affect the digestive system, when we are nervous the gut gets upset as well as our mind.  Also neurotransmitters like serotonin “our happy hormone” also carry out functions like relaxing the bowel. So when we are tense we can also become constipated.

Whether there is oversensitivity directly with the nerves in the gut or via signals from the brain there are many herbs and nutrients to balance the nervous system.

As you can see IBS is a more complex condition with many causes other than those recognised by the medical profession.  Naturopathy has many ways to investigate its root causes and a plethora of treatments to try.  The digestive system is of primary importance for our feelings of well-being and is the core of our good health.  So when it is out of balance it should not be ignored and “put up with”.